I can’t believe I missed this piece of news, but the Russian government has announced a bill trying to ban emo and goth music and culture.

There’s not much to really say here, because the story really speaks for itself. A post-communist government that doesn’t quite understand a music-based culture that its youth are listening to, merely taking the incorrect stereotypes attributed with the culture from other countries and believing said misinterpretations as threats to its dominant culture. As wrong as the Russian government is to ban emo and goth, it should be seen that these are, in their own way, threats to the Russian heirarchy. The fact that the government would go as far as to ban a form of creative communication means that there is a certain popular influx of that culture, which the individuals in charge aren’t completely knowledgeable about. And you often fear what you don’t know. And when the few facts you have about a certain cultural phenomenon is a supposed (and flawed) link to suicide, it’s easy to see how one would react in such an extreme way in order to help the youth of your country. It’s more than absurd and pretty hilarious, but slightly understandable in some light. 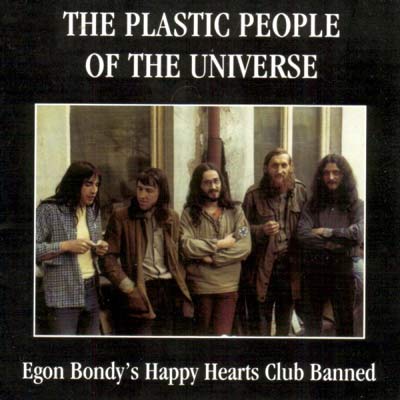 Plastic People of the Universe

But, if anything, if Russia actually goes through with the ban on emo and goth, the country can only expect the opposite effect to happen. If anything, those who sought out emo and goth as an escape from the rigidity of mainstream Russian culture will be further driven into the world of emo, despite the consequences that await them. To draw upon a narrative concerning music and socialism, Tom Stoppard’s marathon-sized play, Rock N’ Roll, showed how rock music became a conduit through which anti-socialist ideals boiled to a head. As rock music continued to be seen as a negative aspect that drew away from the socialist cause in Czechoslovakia (as seen in the real-life narrative of the band The Plastic People of the Universe), more individuals became drawn to rock music despite and because of the consequences that the socialist rulers passed down on rock music listeners. The rest is really history. Who knows what will happen with emo in Russia, but it’s not unbelievable to think that emo’s popularity will continue to grow in the country.