I must say, even for some scrawl on the wall, I wonder if this is truly worthy of being captured. It’s not particularly outstanding, it doesn’t appear to have any unique or noticeable style to it, and it looks as if it would be better suited for a note scribbled during someone’s 4th period class in high school.

And we can’t forget the grammar, can we? Not that I have any particularly noteworthy handle on language more than any other individual, but what’s with the apostrophe in “emos?” A little confusing right?

I’ll give an “A” for the “Go to school,” comeback that’s handily written underneath the original tag, and, by all means, has a little more style to its creation and as a reflection of the original piece.

As far as “emo’s must die,” well, let’s just say that’s the kind of work that was immediately spray-painted over by those with graffiti ambition when spray cans first became a symbol for reclaiming streets and artistic endeavors back in the 70s in New York.

emo’s must die has nothing on this though: 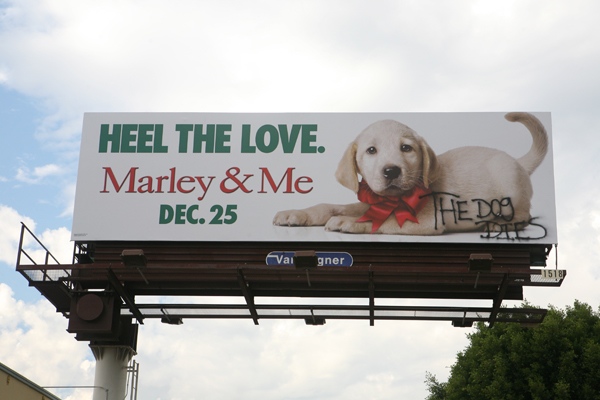 Marley and Me and The Ending

If that isn’t artfully-imposed but horribly-crafted scrawl, I don’t know what is. Check out more great street art at Wooster Collective.